Listen Now On Spotify
Listen Now on Apple Music
"Every track has the immediacy of a potential single. I wonder which one she'll choose next?"
- Hot Music Live Magazine

In August Chessi released 'Blue and Yellow' from the Album Wine Glass Filter. See below for video. 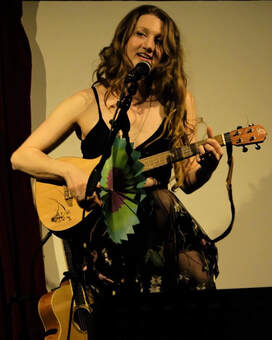 Chessi O’Dowd is a singer/songwriter based in Warwickshire, UK. Her single ‘The Pines’ received critical acclaim and has been played on airwaves across the UK, Ireland and as far as Maui, Hawaii. She has performed at a variety of venues and festivals in the UK and overseas in Perth and Fremantle, Western Australia.

Chessi is an advocate for mental health & environmental issues, topics of which feature in her music. You'll also find her love of the sea and surf threaded throughout her songs. Her writing infuences stem from a variety of musicians from Jack Johnson, John Butler, Mumford and Songs, Bright Eyes and Joan Osbourne.

In addition to original music Chessi also performs covers. She performs a plethora of acoustic covers ranging from the 1950’s to current day depending on the needs of the venue and desired atmosphere.

Chessi has played covers in pubs, bars, restaurants and private events such as birthdays and weddings. She has her own PA.
Please see the below for further contact information:

Send me a message